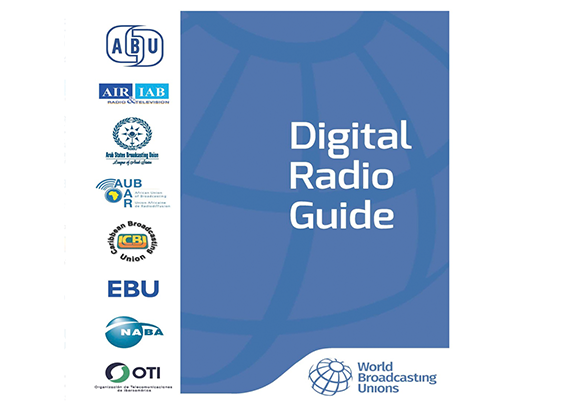 The World Broadcasting Unions (WBU) is the collective organisation of the World’s eight broadcasting unions. In order to help broadcasters and administrations to decide on a policy for the transition from analogue to digital radio, the WBU Technical Committee has assembled information on the alternative systems currently used.

Version 1 of the Guide is available here: Final-WBU Radio Guide

Comments and suggestions on the completeness of the Radio Guide are welcome. They should be sent to the WBU-TC Vice-Chair at amal@abu.org.my. The text will be reviewed and a Version 2 will be published in June 2018. 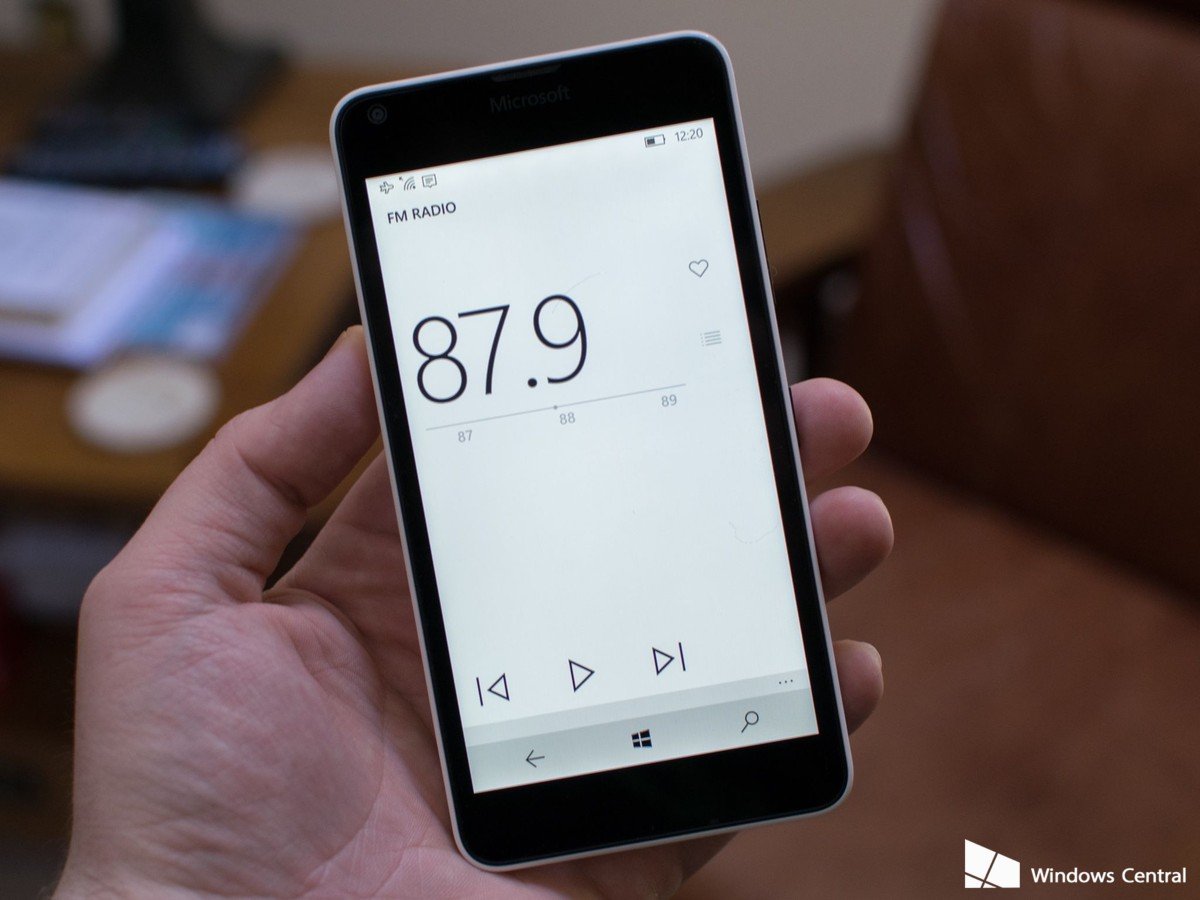 The North American Broadcasters Association (NABA) led a successful effort to gain international support for the activation of FM radio receivers in smartphones. NABA submitted an “Opinion” on activating radio receivers in smartphones that was adopted by the International Telecommunication Union (ITU) in March of 2017. Enabling the FM chip present in most smartphones would allow users convenient access to FM radio in times of emergency and natural disasters. For more information, visit https://www.nabanet.com/nabaweb/itu/itu_submissions.asp.
“ITU’s support is a result of focused, coordinated and steadfast effort by NABA’s Radio Committee and the FM Chip Working Group comprised of members across Canada, Mexico and the United States,” says Michael McEwen, Director-General, NABA. “As broadcast industry leaders, we thank the ITU for the global support of FM enabled smartphones.”
The Official Opinion from the ITU states “that Report ITU-R BT.2299 provides a compilation of supporting evidence that terrestrial broadcasting plays a critically important role in disseminating information to the public in times of emergencies.” In addition, “…citizens of the world would benefit if manufacturers of mobile telephones, tablets, and similar devices as well as associated service providers would include and activate a broadcast radio tuner functionality in their products along with the appropriate applications to facilitate radio broadcasting reception.”
The opinion was initially submitted to the Radiocommunication sector of the ITU in Geneva in October of 2016, and was discussed, edited, and approved at the March 2017 meetings of the ITU’s Study Group 6 (specializing in Broadcasting Service). NABA’s submission was supported by the European Broadcasting Union (EBU), International Association of Broadcasting (IAB), the Asia-Pacific Broadcasting Union (ABU), and the World Broadcasting Unions (WBU), as well as a number of administrations. 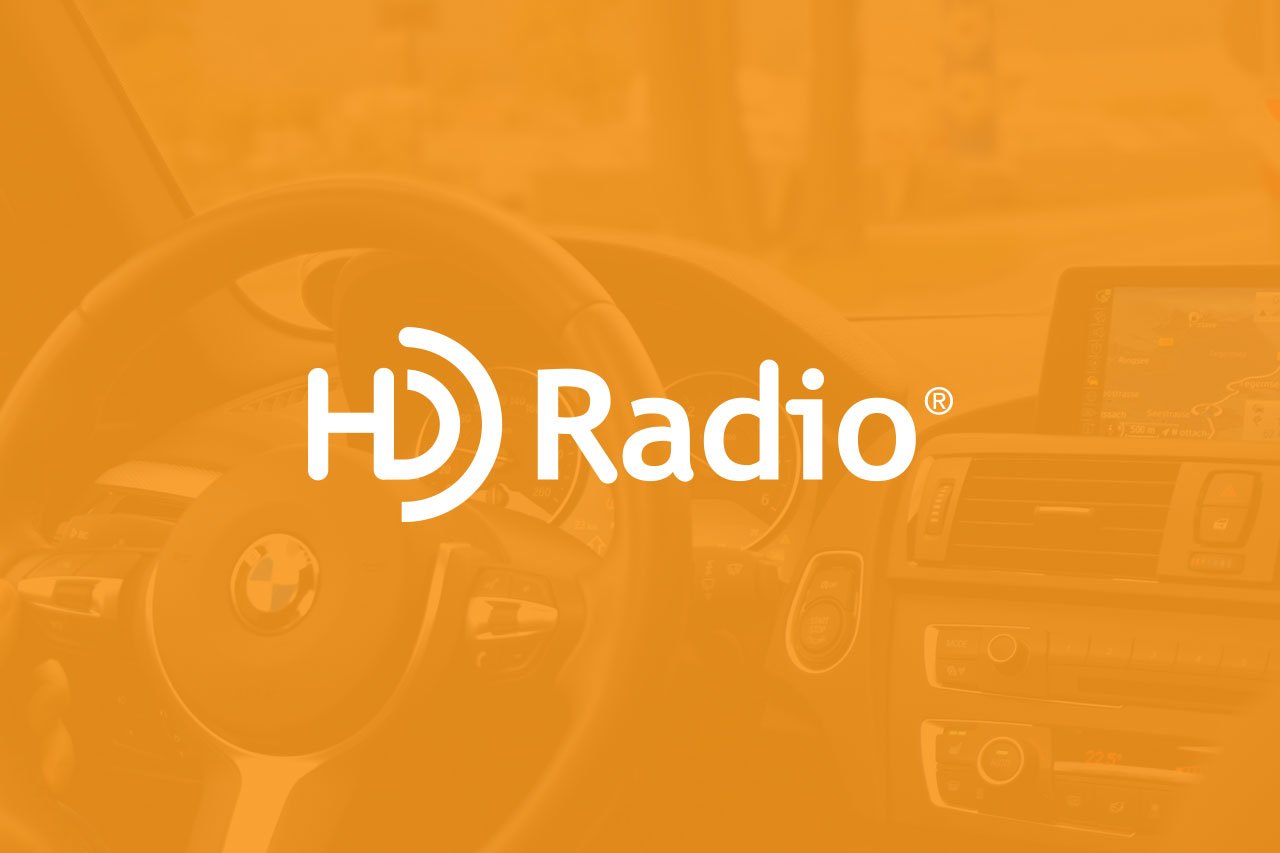 The North American Broadcasters Association (NABA) announced support for a voluntary North American Digital Radio Standard last week at the NABA Future of Radio & Audio Symposium in Washington, D.C. A position paper was developed by the NABA Radio Committee’s Digital Radio Working Group and focuses on why NABA supports both this specific technology and a continental approach.
In compiling this paper and appendix, the Working Group consulted widely with radio broadcasters, broadcast associations, manufacturers, and service providers in Mexico, the US and Canada. The paper represents the NABA Radio Committee’s consensus about the future of over-the-air digital radio and has been supported by the NABA Board of Directors.
NABA recognizes that each national jurisdiction has its own opportunities, issues and barriers to overcome in selecting a digital radio technology. NABA believes that all stakeholders (consumers, broadcasters, regulators, administrations, and manufacturers) will benefit from a continental North American approach, while recognizing individual country requirements.
The position paper can be found at the following link: Position Paper 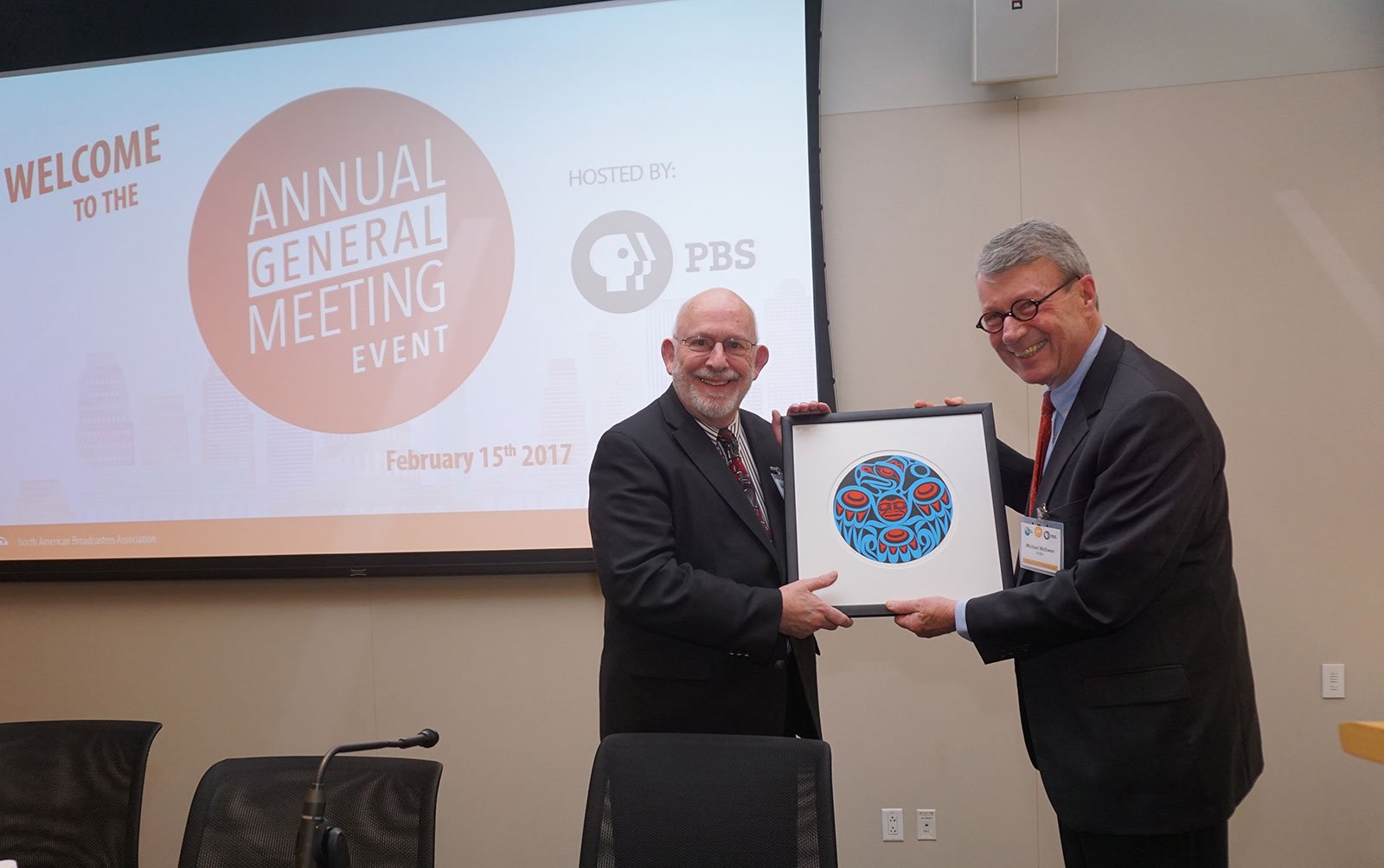 Bob Plummer has retired – nobody really believes that but he has and says he likes it. His retirement makes me melancholy both professionally and personally, but he more than deserves it given a broadcasting career that spans more than half a century. And Karen finally gets her husband full
time and the grandchildren get Bob as a surrogate nanny. Not bad! Today we celebrate Bob’s career and his enormous contributions to our industry by presenting him with the NABA International Achievement Award, which recognizes excellence and leadership in broadcasting both
domestically and internationally.

In a career that began by building a ham radio as a kid in Seattle that the U.S. Navy thought was being operated by a spy, Bob set out to be an innovator and a contributor not only to the people and organizations he worked for, but also to the benefit of the wider industry he was a part of. His early career included working in radio and public television, and like all of us who started as kids in the business, he learned it from the ground up. But as his career matured, Bob got serious about developing technologies that would have a profound impact on how people use television. In 1990, he joined the David Sarnoff Research Center as the director of the Advanced Television Research Laboratory, where he headed major High Definition Television developments such as Advanced Compatible Television (ACTV), participated in Advanced Digital-High Definition Television (AD-HDTV) and directed DIRECTV compression. Prior to joining Sarnoff, Bob was vice president of Engineering for Fisher Broadcasting.
In November 1994, Bob joined DIRECTV as Director of Broadcast Systems Compression, and retired in 2008. Then he went on to have another 8 years as an industry consultant to Fox, retiring at the end of last year. Bob has more awards, including two Technical Emmys, has sat on more industry Boards and participated in even more industry associations, than probably any five of us combined in this room. He also chaired FOBTV, a thankless job, but hey Bob, someone had to do it. He holds 27 U.S. patents and during his career became an ITU-R specialist, obviously an atonement for his many sins. Bob got involved with NABA in the mid nineties and has been both a Chair and Vice-Chair of our technical committee for much of that time. He also participated with the World Broadcasting Unions Technical Committee, became its Vice-Chair and, for the last two years, its Chair. He has set the bar high for participating in an Association that doesn’t just depend on membership fees, but needs and wants the active and on-going participation by its members. That’s how we get the job done. He has travelled the world representing NABA and the WBU and has had a tremendous impact on building consensus about technologies, spectrum and broadcast operations. Bob not only worked for his employers, he worked and gave back to the industry as much and more than the industry gave him. At the end of the day we are a pretty small community that is fiercely competitive with one another at one level, but we need to cooperate and collaborate at another level. Bob is the epitome of that statement and acted accordingly to the benefit of us all. A remarkable career, a remarkable man who will be missed by colleagues
he loves and who love him in return. 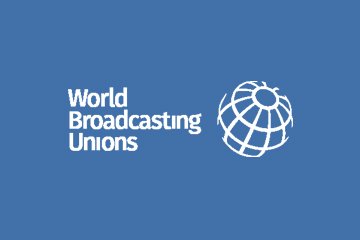 Simon Fell, Director of the EBU Technology and Innovation Department, has been elected to chair the World Broadcasting Unions (WBU) Technical Committee (TC) for a two year term (2017/18). The WBU brings together the eight broadcasting unions in matters of common interest.
The elected management team for the WBU-TC is Simon Fell (Chair), Amal Punchihewa, ABU Technical Director (Vice-Chair), and John Lee, Chairman of the NABA Technical Committee (Vice-Chair).
The WBU-TC has worked together and shared knowledge of broadcast technology and prepared common recommendations on such matters as broadcast spectrum and programme production for many decades.
Simon Fell explained: “The world’s broadcasters face many common challenges, which include protecting broadcasters and their customers from IT security threats, understanding the impact of 5G on broadcasting, investigating whether there can be common file formats for programmes, and much more. I am looking forward to working with my colleagues across the world to the benefit of us all.”
Simon Fell, Director of Technology & Innovation, EBU (Chair)
Simon Fell leads the team spearheading developments in media technologies at the EBU. He has four decades of experience, formerly with ITV as Director of Future Technologies; previously he helped establish Carlton Television where he held several executive positions and helped launch digital broadcasting.
He is currently Chairman of the ETSI Mobile Broadcast Convergence Group and previously has been President of DigiTAG and chaired the Technical Council at the UK’s Digital Television Group, and was Chairman of the HD Forum.
Additional roles include Director of Engineering for Rushes, Chief Engineer of 625 and establishing Channel Four. His early career included periods in the USA with Rank Cintel and at YTV in Leeds. He is a Fellow of both the SMPTE and RTS.

Amal Punchihewa, Director of Technology & Innovation, ABU (Vice-Chair)
Amal Punchihewa is currently the Director of Technology & Innovation at ABU. In that position, he leads a team of specialists, driving innovation of media technology in the best interest of ABU members. He facilitates technical guidelines and standards, providing expertise related to the convergence of media, and involving technical needs. He is an advisor to IET Vision and Imaging Technical and Professional Network, having previously served as an Executive committee member.
He possesses more than 30 years of experience in all three sectors of broadcasting; viz. academia, research and industry, including roles in regional capacity building in media and as
head of engineering of national TV-Sri Lanka. He graduated with B.Sc. (Eng) Hons. specialised in Electronics and Telecommunication Engineering from Sri Lanka, M. Eng. from Technical University of Eindhoven, the Netherlands & PhD from Massey University in New Zealand. He is a Senior Member of IEEE, Chartered Professional Engineer-CEng, Fellow of IET (UK) & Fellow of IPENZ (New Zealand).
John Lee, Chairman of the NABA Technical Committee (Vice-Chair)
John Lee retired in December 2016 as Executive Director, Technology Solutions, for CBC/Radio-Canada, Canada’s national television and radio public broadcaster. In this role, he was responsible for all DTV and Radio transmission facilities, all satellite stations and facilities, telecommunications, mobility, telephony, unified communications; and for IT, including data centers, end-user computers, applications, Information Security and governance.
In 2001, he and his project team won the Canadian Gemini Award for Outstanding Technical Achievement for the National Satellite DVC Project and, subsequently, the National Association of Broadcasters (NAB) International Broadcasting Excellence Award in 2002. He was the executive sponsor of the Next Generation Converged Network (NGCN) project, a high-speed 58 city software defined fibre-optic network which won the 2012 CBC President’s Award for Technical Innovation.
John Lee is a Vice-President of the North American Broadcasters Association (NABA) and is Chairman of NABA’s Technical Committee. He is Vice-Chairman of the World Broadcasting Unions (WBU) Technical Committee.
About the World Broadcasting Unions (WBU)
The World Broadcasting Unions (WBU) is the coordinating body for broadcasting unions who represent broadcaster networks across the globe. It was established in 1992 as a coordinating body at the international broadcasting level. Since then, the WBU has provided global solutions on key issues for its member unions. The North American Broadcasters Association (NABA) acts as secretariat for the WBU.
The broadcasting unions who belong to the WBU are the Asia-Pacific Broadcasting Union (ABU), the Arab States Broadcasting Union (ASBU), the African Union of Broadcasting (AUB), the Caribbean Broadcasting Union (CBU), the European Broadcasting Union (EBU), the International Association of Broadcasting (IAB/AIR), the North American Broadcasters Association (NABA) and the Organizacion de Telecomunicaciones Iberoamericanas (OTI).