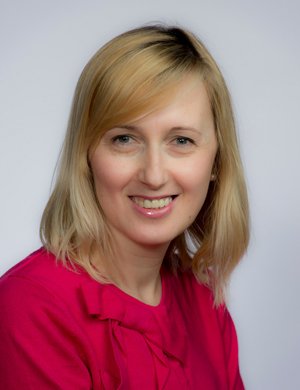 Borika Vucinic oversees engineering support and operations for Bell Media broadcast sites in Montréal and Toronto, and project engineering and network support for television and radio stations across Canada. In addition, her team leads new product development, cost optimization initiatives, and service availability for all Bell Media radio and television platforms. With more than 20 years of experience with the Network team, Vucinic has earned a reputation as an innovator and team builder.

Formerly Director, TV and Radio Engineering, she was instrumental in leading Bell’s mobile HSPA+ network launch in 2009, building a top-performing Bell TV Network team, and delivering infrastructure advances to support the Fibe TV app and Satellite TV video on demand. Vucinic was recognized as a pioneer and a voice for women in communications and technology with the 2015 Women in Communication and Technology (WCT), Technology Innovator Award. Vucinic holds an MBA from Herriot Watt University and a B.Sc. in Electrical Engineering from Belgrade University. A resident of Toronto, Vucinic continues as a leader and mentor to her staff, and a dedicated wife and mother.