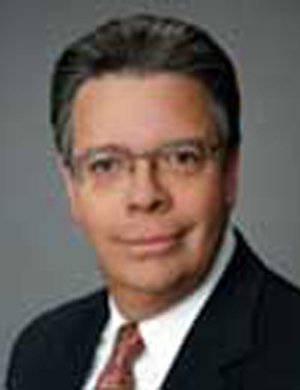 Glenn Reitmeier leads NBC Universal’s technical efforts related to industry standards, government policy, commercial agreements and advanced engineering. Prior to joining NBC Universal in 2002, Reitmeier spent 25 years in digital video R&D at Sarnoff Laboratories, where he was instrumental in establishing the Component Digital Video standard for television production and the ATSC HDTV standard for television broadcasting. He served three terms as the Chairman of the Board of the Advanced Television Systems Committee (ATSC) and continues on the board. Reitmeier is the President of the Open Authentication Technology Committee (OATC), a Fellow of the Society of Motion Picture and Television Engineers (SMPTE), and is a recipient of the Progress Medal and the Leitch Gold Medal. He is also an inaugural member of the Consumer Electronics Association’s (CEA) Academy of Digital Television Pioneers and the recipient of the National Association of Broadcasters’ (NAB) Television Engineering Award for lifetime achievement. He holds over 50 patents in digital video technology and is recognized in the New Jersey Inventors Hall of Fame.