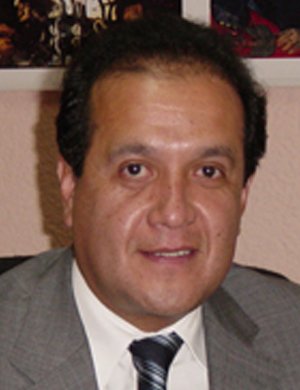 Leonardo Ramos is the High Technology Projects Director for Televisa and his responsibility is to evaluate, develop and implement the “state of the art” systems and technology in the transmission and distribution networks of Grupo Televisa. Before working for Televisa Mexico, Ramos worked for Ericsson & NEC where he developed systems for cellular communication, satellite services, digital video and fiber optics links. In 1990 he joined Televisa and started his participation in the HDTV project “Hi-Vision” which was developed by Televisa and the NHK of Japan. He is a regular member of the Association of Mechanical and Electrical Engineers of the “Advisory Committee for Digital Broadcasting” formed by the Mexican industry and government. Ramos leads the Digital Television and the new technologies groups of the CIRT (National Chamber of the Industry of Radio and Television) of Mexico where he has occupied several positions in the Board of Directors, committees, and working groups.

Since 1997 Ramos has been involved in the implementation, evaluation, testing and recommendation of the digital television systems available around the world and has been running transmission trials of DTV systems for the ATSC, DVB, and ISDB standards in order to prepare a technical recommendation to the Mexican government in this matter. Ramos directed the world’s first HD production and transmission of a soccer match in January 1998 together with the ATSC. As a result of this effort, in 2004 Mexico started the Analog to Digital transition process where Ramos has been a very active member of several working groups. Some of the projects Ramos has contributed to are: Sky DTH, Paging systems, satellite networks and stations, fiber optics systems, microwave links, interactive TV, mobile television, Second Screen, distribution over universal platforms, and now he is in charge of innovating systems for TV distribution and the development of new business opportunities.