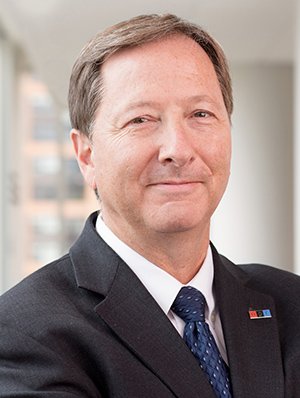 Michael F. Beach is the Vice-President of Distribution at NPR.  In this role, Beach oversees the Public Radio Satellite System® (PRSS), the backbone of all public radio distribution. Each year, the PRSS distributes more than 450,000 hours annually of news, music, and specialized audience programming to more than 1,600 public radio stations throughout the United States. He is responsible for all activities associated with the planning, operation and management of this system-critical division.

Prior to coming to NPR, Beach worked for Intelsat, S.A., a major commercial satellite operator, which he joined in 2006. He also served as assistant general manager and chief technology officer for Nebraska Educational Telecommunications (NET), the state-wide PBS and NPR broadcast network, from 1998 to 2006. Prior to that, he served in multiple technical and security roles for NSN Network Services of Avon, Colo. As a lieutenant in the Navy, he served as a communications officer on the USS Duluth.