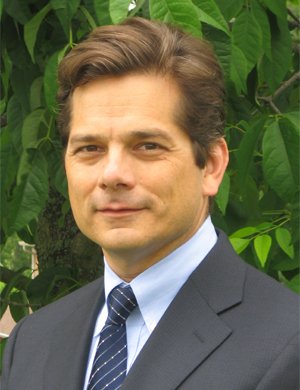 Theodore Stoner is Vice-President of Distribution and Technology Strategy for Univision Communications Inc, the leading media company serving Hispanic America. In this role, he manages spectrum resources and terrestrial broadcast technology development, and is responsible for the RF systems engineering of Univision’s 59 television and 67 radio stations. Prior to joining Univision, Stoner held multiple positions in the wireless telecommunications industry at Cincinnati Bell and Motorola. At Cincinnati Bell he led engineering and operations for the company’s regional wireless network, including the build and deployment of the companies’ GSM, WCDMA, HSPA+ networks, and an extensive trial of LTE and MIMO technologies. Stoner is a published researcher on the field of wireless network optimization and holds BEE and MSEE degrees in Electrical Engineering from University of Dayton and Purdue University respectively. He is a registered Professional Engineer, a senior member of the Institute of Electrical and Electronic Engineers, and an IEEE Wireless Communications Professional.